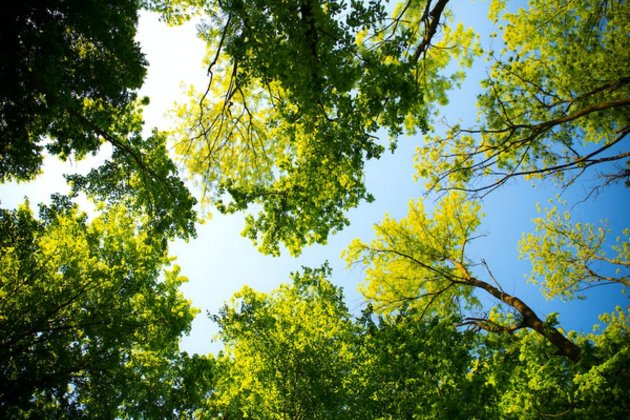 Sau Paulo [Brazil], December 4 (ANI): Madagascar's nature is so unique that 82 per cent of its plant species and 90 per cent of its animals are endemic, found exclusively on the island off the coast of Southeast Africa. A population so impoverished that the country's human development index (HDI) is one of the lowest in the world and lives among this rare biodiversity, creating the problem of balancing conservation with economic and social growth.

Two studies published in the journal Science by researchers affiliated with 50 organisations worldwide, including a Brazilian biologist supported by FAPESP, provide a portrait of Madagascar's biological riches and the main threats to nature the conservation outlook.

"From the conservation standpoint, Madagascar faces similar challenges to Brazil. It's a developing country with extremely poor remote areas. Both need to work on conservation and improve social conditions," said Thais Guedes, a co-author of both articles. Guedes is a researcher at the State University of Campinas's Institute of Biology (IB-UNICAMP) with a scholarship from FAPESP.

In one of the articles, the team of researchers presents a comprehensive up-to-date review of the literature on the evolution, distribution and uses of the island's biodiversity, showing that its plants and animals are so locally distinctive that extinction of only one species could spell the end of an entire evolutionary lineage.

"Madagascar has species that are unique in the world, but it's far more than that. There are categories broader than species that only exist there, such as the lemurs (Lemuroidea), an entire order of birds (Mesitornithiformes) and all Mantella frog species (Mantellidae) except three. Loss of one species could mean the end of an entire lineage that took millions of years to evolve," Guedes said.

Opportunities:The other piece reflects on Madagascar's biodiversity degradation and suggests conservation opportunities for the island. The fact that a considerable proportion of the population makes a living from woods by collecting firewood or hunting, according to the authors, represents an opportunity for development based on the sustainable use of biodiversity.

Madagascar has 1,916 (5 per cent) of the 40,283 plant species used by people globally, with 595 being native to the island. With 28 million inhabitants, 10.4 per cent of the territory is legally protected.

"To date, the focus has been on creating protected areas and keeping people out of them as much as possible in order to reduce the impact of human activity on biodiversity. Unfortunately, this hasn't produced the expected results, because poor communities - the vast majority of the population - need to cook and heat their homes and have no option other than to cut down trees in the existing reserves in order to get firewood," says Alexandre Antonelli, who led both studies. A biologist from Sao Paulo state, Antonelli is Director of Science at the Royal Botanic Gardens Kew (Kew Gardens) in London, England (UK).

Given these challenges, the authors propose that the emphasis should be on restoring vegetation elsewhere rather than on creating additional protected areas in order to relieve the strain on current conservation units. Among the five options identified for the country are reforestation and conservation based on scientific evidence and efficacy. The writers consulted scholars in Madagascar and other regions of the world, as well as conservation activists and politicians, to come up with their recommendations.

The authors also advocate for increased biodiversity monitoring and the creation of species databases. Furthermore, they emphasise the importance of increasing the efficacy of existing protection by engaging communities and giving possibilities for training and revenue-generating.

In this context, conservation and restoration initiatives should include landscapes and communities adjacent to protected areas. Actions to conserve forests should take into account the main causes of biodiversity loss, which include poverty and food insecurity, problems that also affect Brazil, despite the peculiarities of each country.

"It's very important to both countries and the world that they protect their forests and restore degraded areas, which capture and store large amounts of carbon. They're essential to combat global warming. When forests are cleared, the consequences affect the most marginalized groups in society," Antonelli said.

The consequences of deforestation, he continued, include lack of drinking water from rivers and water tables, heightened risks of landslides in hilly areas, fewer pollinating insects to service croplands near forests and less capacity for human communities to cope with extreme heatwaves owing to lack of shade and disappearance of the chill factor fueled by evapotranspiration from forests.

"Generally speaking, our description of biodiversity in Madagascar is shaped by knowledge of plants and vertebrates. We don't know much about invertebrates or fungi, for example," Guedes said. "We need to sample these poorly understood groups and use multiple metrics of diversity in future studies. For both Madagascar and Brazil, we advise policymakers to take into account not only species diversity but also the evolutionary history of these places." (ANI)