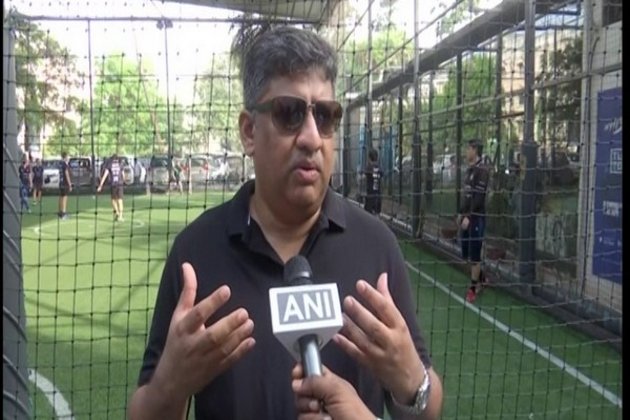 Chennai (Tamil Nadu) [India], December 4 (ANI): Ascott Premier League in its fifth season will once again raise the cause of refugee boys, this time from a Tamil Nadu camp, who will display their skills, Honorary Consul of Republic of El Salvador Dr Yashwanth Kumar Venkataraman told ANI in Chennai.

"The Ascott Premier League in its sixth season is an effort to bring all the diplomats to gather in Chennai and have a friendship bond between them," Venkataraman said.

"This year in this tournament the United Nations High Commissioner for Refugees (UNHCR) team is once again participating. Refugee boys from Sri Lanka and Myanmar will come out of the camps and play on Sunday," he added.

APL is a Futsal league which is an association of football-based game played on a hard court smaller than a football pitch, and mainly indoors.

"By making the UNHCR team play in this tournament, we are giving importance to the refugee boys staying in Tamil Nadu and also helping them show their skills," Venkataraman said.

Along with the efforts from UNHCR, this initiative has also become a platform to empower and treat refugees equally.

The first match took place between Russia and South Korea.

"Including a team of the UNHCR of refugees has been the practice in the last four seasons. The event was purely diplomatic in the first year. There are plans to add badminton also to the set of games next year," Venkataraman added. (ANI)