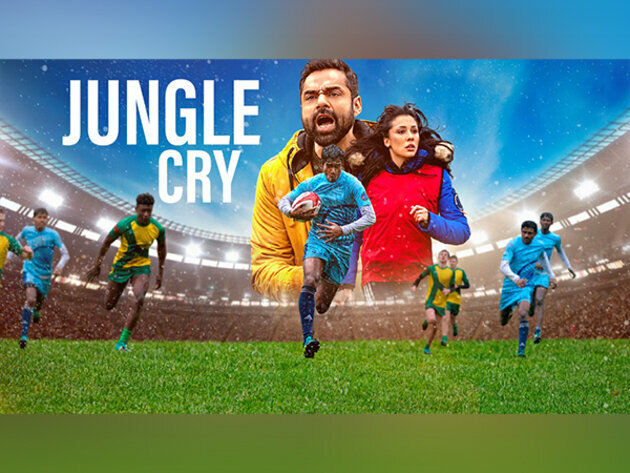 
New Delhi [India], January 23 (ANI/ATK): 'Jungle Cry', the true tale of the arduous journey of 12 underprivileged tribal children from Odisha who defeated impossible odds to win the prestigious U14 Rugby World Cup in England, has kickstarted its official campaign in all categories for the 95th Academy Awards. Filmed in the UK and India, the movie tells the inspiring story of a team of tribal kids, studying at Kalinga Institute of Social Sciences, who play barefoot for the want of sports shoes, but who do not let their circumstances get in the way of their dreams. 'Jungle Cry' stars actors Abhay Deol, Emily Shah, Atul Kumar, Stewart Wright, and Julian Lewis Jones, with cameos by several world-class Rugby players.

The uplifting drama, based on the life of Dr Achyuta Samanta who provides free accommodation, food, healthcare and education to more than 30,000 orphan and tribal children at KISS, has already earned a clutch of awards and accolades, including the Official Selection at the Sweden Film Awards 2021; the Best Actress & Best Inspirational Film Awards at the 2021 Mykonos Film Festival; and the Best Biographical Film, Best Foreign Film, Best Humanitarian Feature Film, Best Inspirational Feature Film & Best Original Story Awards at the famed Cannes World Film Festival 2021. It has also won the 2021 Best Film (Jury) Award at the 11th Dadasaheb Phalke International Film Festival.

The film is the latest example of a growing number of Indian films aiming to cross over into the mainstream races with the Telugu blockbuster 'RRR' making a big push at the Oscars this year. In the past, the Oscars jury has been known to applaud well-made true-to-life biopics. With that thought in mind, 'Jungle Cry' is entering the ring for consideration at Oscars in all categories. It will campaign in a wholesome manner in the run up to the 95th Academy Awards, scheduled to be held on March 12, 2023, at the famous Dolby Theatre in Hollywood.

Directed by Sagar Ballary, 'Jungle Cry' is produced by Prashant Shah, Jaswant Singh and Shabbir Boxwala, distributed by Lionsgate Play, and their partners including Apple, Amazon Prime, Jio Fiber in India and SE Asia. The film's focus remains unwavering on the disadvantaged kids of the indigenous quarters of our nation and how their grit and talent can really take them places with a little timely support. Incidentally, the real inspiration of the character 'Ganesh' in the movie is the son-in-law of our current President of India Droupadi Murmu - Ganesh Hembram.

'Jungle Cry' is important in its attempt to showcase just how reality-based underdog stories can be muses no matter where they originate from - it is the soul of the story and the skill of storytelling that really matters.

This story has been provided by ATK. ANI will not be responsible in any way for the content of this article. (ANI/ATK)

Meet the monks who live in Aberdeen's Thai temple

Fans Loved The Antics Of Crowd Thai Favourite At Snooker Shoot Out - Balls.ie

The ever-changing world of Thai work permits for foreigners

US: Google is abusing dominance in digital advertising

Burkina Faso ends French military accord, says it will defend itself

Japan leaders begin drive to encourage couples to have children